Using RFID for tracking vehicles at service centers or showrooms 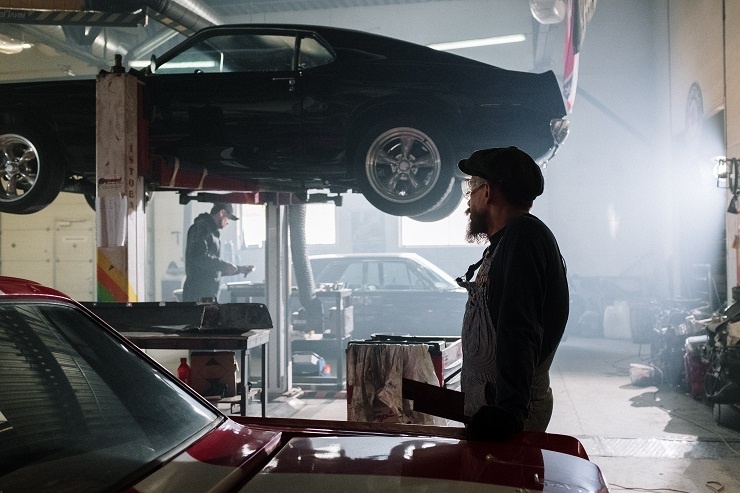 RFID is a present-day radiofrequency object identification technology based on special tags that are placed on the object and ensure automated data scanning. In recent years the system has been widely used in many spheres. Of particular relevance is its usage for the automobile sphere – for showrooms, service stations, private parking lots. Vehicle tracking using RFID allows defining the exact location of vehicles and performing their monitoring in real-time.

Automotive RFID systems go far beyond just simple lifting gates at service stations. Thanks to the information obtained using radio signals one can control vehicle access to the territory, track its movement and identify it clearly inside buildings.

Tracking vehicle movement inside and outside buildings

The platform has a wide range of options for automotive tracking – in closed parking lots and inside service stations. The technology works best both for showrooms and car rental companies. Using RFID, such companies can get some advantages:

In addition, showrooms get a possibility to monitor the information on a car while servicing – similar to the apps for uncompleted production at enterprises.

It isn’t an easy task to control the access of vehicles to certain places, such as parking garages. However, radio frequency identification makes it possible to get this data and increase the safety of the place. The system can always know where and when the vehicle was within the specific area. RFID tracking software solutions are relevant not only for commercial enterprises but also for state bodies. Their implementation allows companies not only to track effectively vehicles coming in and out but also reduce the company’s expenses.

The modern vehicle tracking system using RFID makes it possible to identify vehicles fast. Transport detection is carried out in different ways depending on the industry. For example, car washes can use RFID tags in the form of labels on the windscreen for identifying the cars participating in loyalty programs. A special identifier, programmed in the tag, is used for this. The label on the windscreen can perform two useful functions – visualizing the car wash, where the client has the loyalty program, and advertising this company while driving around the city. Such an approach turns a two-sided RFID tag into an ideal tool for developing your business.

RFID is a new effective alternative to the old bar-code tracking technology. It differs in the simplicity of service and doesn’t require big implementation costs.

RFID tags are small, mail stamp-sized readers that are placed on the window of the vehicle ID number. They can store a great amount of information – the make and the model of the car, location, color, fuel supplies. Using radio waves, tags are connected to the reader installed on the territory. As soon as the car with the identifier passes the reader, the equipment receives the data from the tag and sends it to the server tracking the transport activity.

Tags are activated/deactivated using special software. Readers have a working range of 4-27 m and are usually installed at entrances to the territory. If the enterprise occupies a big square, readers can be deployed in several places.

How to install a tag?

The success of RFID monitoring largely depends on the right tag arrangement. Not all identifiers are the same, so their position is chosen taking into account the set tasks. There are three types of tags:

To understand how the RFID vehicle tracking system works, let’s consider its operation principle on the example of the case from Navigine for an auto repair workshop. Originally the task was to create a unified data conveyor that would follow the vehicle at all stages of service. At that moment the workers of the service station faced many difficulties – there was no possibility to register transport, it could be lost on the road, car mechanics were not able to understand who and what had to do.

The optimal solution in the given situation was the Navigine tracking system which, despite being developed for indoor positioning, became a multi-format tool with wide functionality. Navigine specialists managed to implement effectively the software into the service station performance. As a result, the company got a possibility to monitor any activity with a car – from the moment of its coming to the station till leaving the territory after servicing.

A location-aware platform for Digital Transformation of Enterprises.

The system implementation allowed the workshop to monitor the work of the service and get detailed analytical reports on servicing clients. The company got some significant benefits:

The given example is far from the only case from Navigine. We specialize in implementing new solutions in the sphere of navigation and offer special systems using RFID for accurate positioning that ensure the effective development of business processes.

Logistics and Warehousing
Come back
Read next
Published:
CEO Alexey Panyov
Contact Us

What is the Bluetooth beacon? Everything about beacon performance

Which technology is better for indoor positioning: UWB vs Wi-Fi

Join our community in social media

More
Industries
Technology
News
Company
Company Blog
This site uses cookies. By continuing to browse the site you are agreeing to our use of cookies. Find out more here
Got It!